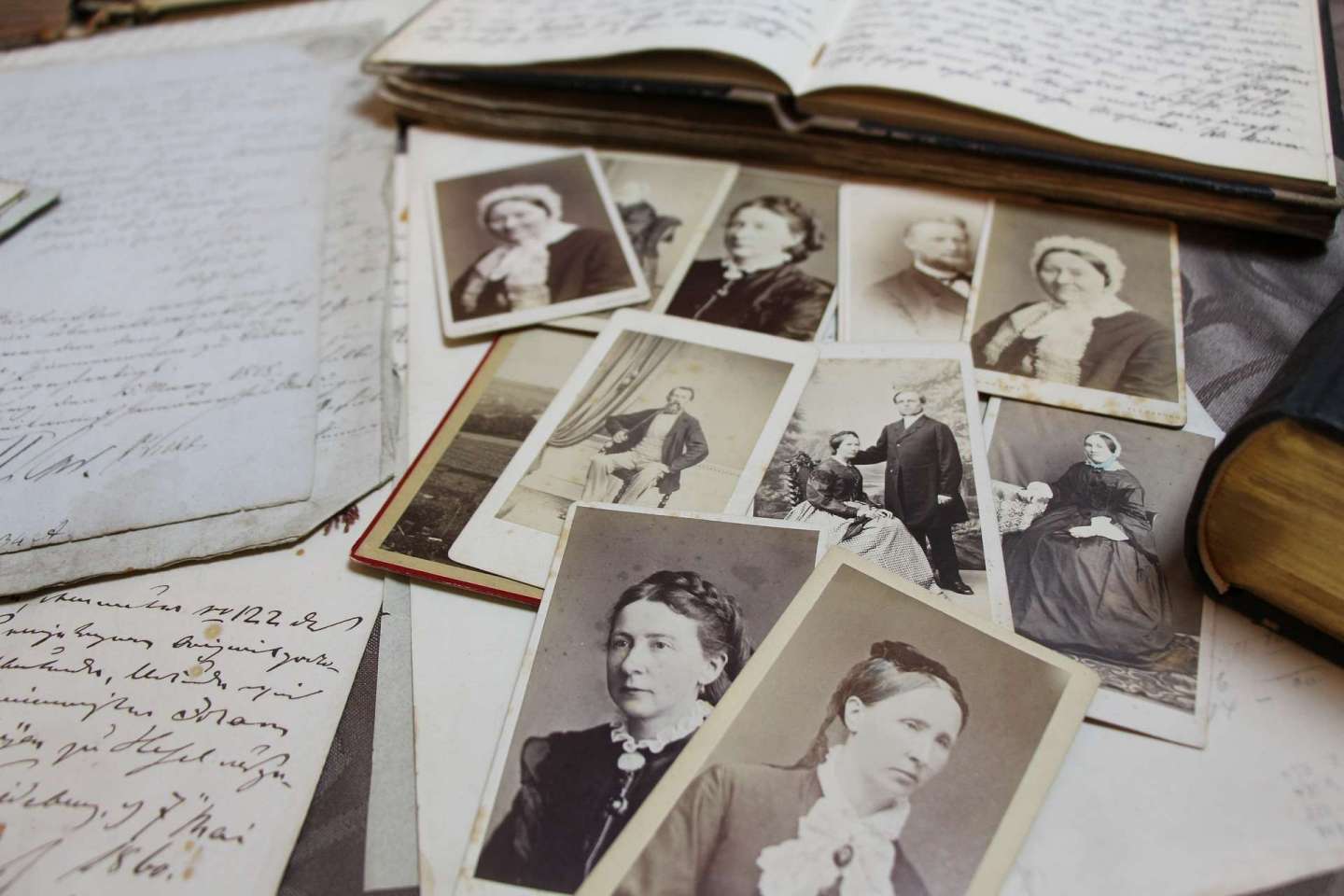 Past BCGS members have contributed so much to the organization and its collection. Even after they have passed away, their legacy is remembered and valued by the next generations.

Miss Evelyne McCracken lived and worked in Greenville and will long be remembered as a Bond County Historian. She attended business school and worked as an administrative assistant for the manager of Southwestern Electric until she retired, turning her secretarial skills to her passions of history and genealogy. She was a member of Benjamin Mills Chapter National Society Daughters of the American Revolution (D.A.R.) where she researched and copied many local records for the library in Washington D.C.. Evie helped establish both the Bond County Historical and Bond County Genealogical Societies. She freely gave of her time as a leader, researcher, and public speaker for over 50 years. Evie served as President of the Historical Society from 1957 to 1973, during which time she edited and published four volumes of the cemetery records. She was happy to see the Genealogical Society continue this work and served as a Director & supporter the rest of her life. Evie wrote and published her own family’s history. This type of dedication has inspired others to continue the work of preserving Bond County history. Nowhere is her legacy more apparent than the Genealogical Section of our Public Library and the Bond County Museum (formerly known as the Hoiles-Davis Museum).

Harold Leidner was born and lived nearly all of his life in Bond County. He was active in farming, the air conditioning industry, and was a rural mail carrier for 14 years. Harold was a 60-year member of the American Legion Post 282 and was buried with full military honors. Harold was the first President of BCGS, serving for 3 years, and he helped organize the Society with Evelyne McCracken. He authored and published several books on the family history of the people of Tamalco and Pleasant Mound townships – most notably, My Favorite Country Corner: A Four-Volume History Of The Pleasant Mound Area.

Nelda Neer and Dean Anthony both attended grade school and high school in Greenville. They were married in Greenville in 1947 and enjoyed over 63 years together. Dean was a decorated World War II veteran and managed several area grocery stores. Nelda waitressed in cafés and also worked as a bookkeeper. They moved back to Greenville in 1983 and became interested in Genealogy. They researched over 100 cemeteries here in Bond County creating books and helping families for over 25 years. Dean served as President of the BCGS, Nelda as a Secretary, and together they published the “Bond County Genealogical Society News” Quarterlies for over 20 years. They retired from their active activities in BCGS in early 2006, leaving an outstanding legacy for all future BCGS leaders and editors to live up to.

Carlos Hawley grew up and lived all but 20 years of his life in Greenville. He was active in the US Navy, Boy Scouts, business, emergency rescue, mail service, and teaching. Carlos served as President of the BCGS for 3 years. He indexed, transcribed and authored dozens of BCGS collection holdings and publications. He was Editor of the “Bond County Genealogical News” Quarterlies for 5 years, right up until his death.

Beutonne Elaine Dey McKean, of Mulberry Grove and Greenville, was stricken with polio in 1950, hospitalized for over 7 months, and was confined to a wheelchair the rest of her life. This did not stop her from living a full life. She gained quite a reputation in the area, later extending around the country, as the go-to person for genealogy for Bond and surrounding counties. She started in 1971 researching her own family trees (digging up deep, deep roots in Virginia, Kentucky, Pennsylvania, and Germany) and enjoyed it so much that when others would ask for help with their family, she was only too glad to help. For many years, Toni served as secretary for Bond County Genealogical Society and she wrote and edited several books now held in the society’s research library. She spent thousands of hours helping hundreds of people research their families and was still working up until her death.

Gerald “Speed” Jenner, born in Pocahontas, lived a life devoted to family, faith, and service. Upon retiring from his top salesman career in 1984, Speed and his wife Martha moved back to Terrapin Ridge, where they built their dream home. He and Martha quickly became active in the community participating in Kiwanis, the Senior Center, The Historical Society, The Genealogical Society and the Greenville Chamber of Commerce among other activities. Prior to moving to Bond County, Speed had become involved in genealogy, in part from his discovery that he and Martha were both related to the File family. His research led him to write a seven-volume history of the File family, beginning with Henry Oliver File, born in 1776. Speed traveled to Europe—England and Switzerland—researching his own family roots. He wrote The Story of Early Pocahontas and Sugg Cemetery. Sales of the books helped raise thousands of dollars to pay for the cemetery to be mowed and maintained. Proceeds from his volume, The Story of Old Mt. Nebo and the Families Buried There, continue to go to the cemetery and have paid for not only repairs to tombstones but for the payment of cemetery upkeep. His genealogical interest led him in preservation efforts for those rural cemeteries and in locating, mapping, and restoring several others. He also authored a book about Mt. Gilead Church. Speed was instrumental in starting a project to save the Ripson Bridge, a historic landmark between Old Ripley and Sorento.